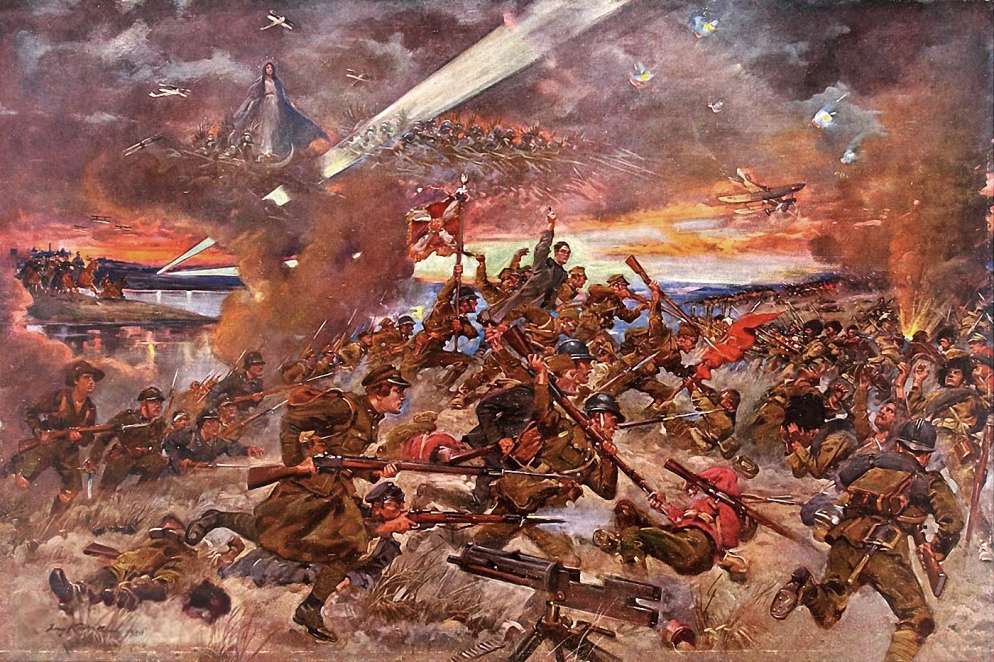 This brings us to the connection with the feast of the Assumption of the Virgin Mary into Heaven. It is my belief that it wasn’t a coincidence that such a victory happened on that special day. After all, the Blessed Virgin Mary is Queen of Poland, since king John II Casimir Vasa entrusted Poland under her protection and announced her as The Queen of the Polish Crown during the Lwów Oath in 1656. That connection with the Virgin Mary as protector of Warsaw during the battle was portrayed by Polish painter Kossak in his famous painting, which I had to attach to this post.

Finally, in conclusion, I would like to quote the first Polish national anthem, Bogurodzica (English: “Mother of God”), which illustrates very well the deep connection of the Polish Nation to the Virgin Mary.

Virgin, Mother of God, God-famed Mary!
Ask Thy Son, our Lord, God-named Mary,
To have mercy upon us and hand it over to us!
Kyrie eleison!

Son of God, for Thy Baptist’s sake,
Hear the voices, fulfill the pleas we make!
Listen to the prayer we say,
For what we ask, give us today:
Life on earth free of vice;
After life: paradise!
Kyrie eleison!

I deeply believe that the Blessed Virgin Mary, Queen of Poland, will continue to protect us so long as we remain faithful to her and to her Son, Jesus Christ.